During our recent Encounter God Retreat, we saw the Lord move powerfully and acheive yet another victorious breakthrough.

One significant breakthrough happened between a mother and her son.  For five years, Tess suffered from extreme depression, due to the death of her husband. The tragedy happened on Christmas day in 2009, when her husband was killed in a motorcycle accident.  Tess has since struggle to keep her head together, while raising the three kids left behind by their father.  Often, she would have crying bouts.  During attacks of extreme depression, she would hole herself in her room and just cry for hours.  Sadness could been seen in her eyes, with her faraway look; which did disappear even when she forced a smiled.

Her first-born son, Marwyn, took the loss of his father the hardest among the three siblings.  His grief manifested during his growing-up years through violent outbursts, skipping school, and general mis-behaving.

Marwyn however, made a friend (a teenager from church), who invited him to attend a worship service.  This became a pivotal moment for the Godoy family.  Marwyn accepted Christ Jesus; and became actively involved in the church activities, volunteering for the Multimedia team.  He invited his mother to church and pretty soon, both were enrolled in the Pre-encounter classes. It was evident that both were in dire need of healing from the wounds brought about by the loss of a loved one.

At the Encounter God Retreat, both mother and son experienced the goodness of God.  He showed Tess the root of her fear and depression---where and how it all began.  And as she submitted all her pain and bitterness at the foot of the cross, God uprooted these and replaced it with the love, peace, and joy that she had been longing for all those years.

Now, Tess feels lighter and free. The sadness that once clouded her eyes ha been replaced by sparkles of joy.  In her testimony, she narrated that she is also amazed by her son's transformation.  He is no longer quick-tempered and irritable; and he now honors his mom with hugs and kisses. Their relationship was renewed as God became the binding factor.  As a parting shot, she happily quipped, " My status is now changed. I am now IN A RELATIONSHIP (with God)". 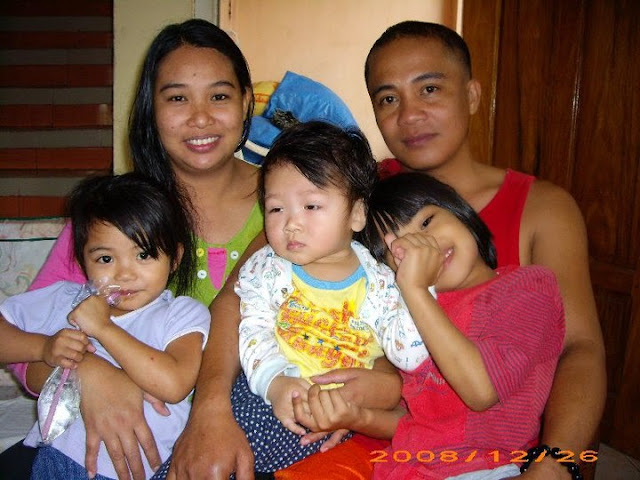 During happier times: Tess with her late husband and their kids.